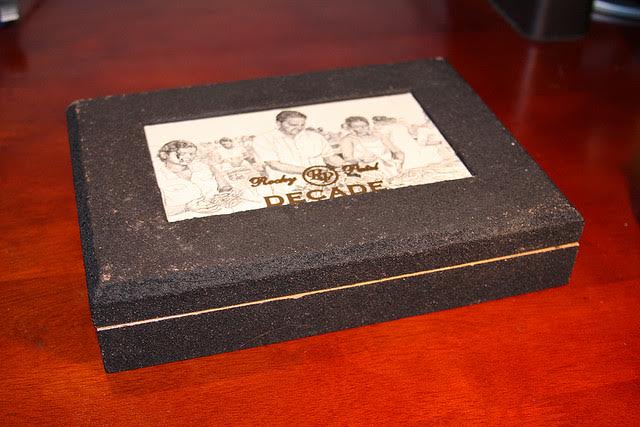 He doesn’t like to work with anyone else, but the high volume of cases he’s been getting recently has left him with no choice. Charles “The Solver” Splints needs a secretary, or as I like to refer to myself as, a “sidekick”. He doesn’t let me go on too many of the cases with him, though I have been on a few. He does however tell me all about them when he gets back, after a few hours of pestering him to tell me/give me my paycheck. My name is Jimmy Smalls, and I work with the greatest detective in all of Brooksend.

The case he told me about last night had to do with an elderly couple and a cigar box. Now, the box wasn’t such a big deal, nor was there any cigars in it, but what was important was what the old man had placed into the box instead, his and his wife’s wedding rings. Over the years the rings became burdens on their fingers, so a safe place the two could agree upon became the answer. Tough luck a crook thought it something worth grabbing when they were robbed Monday night. I got the call for Splints to go check the place out Tuesday morning.

Splints has me working out of his office downtown as he tries to pretend like he doesn’t need a day job over in his apartment on 23rd. It’s a rundown shack of a place, his apartment, and always smells of bourbon and coffee. Not sure if he actually eats anything other than hardboiled eggs either. When I rang him he answered and told me to not wake him up so early, but it was almost ten in the morning, most everyone in the city had been up for hours.

Within fifteen minutes he was at the office and searching his desk for a flask, the same one he lost about a month ago. I pointed to the fresh pot of coffee sitting on the table under the window. We’d found the coffeemaker thrown out in a dumpster outside, but it still can make a decent cup, so we keep it around in case of emergencies such as this month long one.

“What’s the case this time?” he said as he brought the mug to his lips for the first sip.

“Two folks were robbed of their wedding rings. Had them sitting in an old cigar box. Got snagged last night,” I responded quickly and efficiently.

“Cops not giving them the time of day or what?”

“Folks said the cops would do their best, but he didn’t seem too convinced they thought it a big enough deal.”

“We could really use the pay from this one. You still owe me last week’s check.”

“Is it next week already? I swear there are fewer days in the week than last year. Is Tuesday still a thing? Always forget about Tuesday…”

“Of course it is. What’s the address to these two hopeless romantics?”

When he got back later that night he laid the whole story out for me. He talked to the couple for about five minutes, said that was all he needed. Only question he asked was “How old is your grandson and where’s he live?” they responded by telling him their grandson was eighteen and lived with his mother out on Banton St. Splints isn’t much of a fan of that street anymore, the whole ordeal with The Grid last year really did a number on him, but that’s another case. He shook the man’s hand and nodded politely to the misses before taking off and getting back into the chunk of rusted bones he calls a car. Once arriving at the house he knew the scene was going to be trouble. He isn’t a fan of guns, but he’ll use the one you’re trying to shoot him with if he has to. Before heading inside he took a swig from his flask, inside was a black label he’d bought on the way over, probably using the money that’s supposed to be my paycheck to buy it.

He banged his knuckles on the door a few times before letting himself in. On the other side of the red door he found the mom slumped over on one of the kitchen chairs beside the table. He filled a cup full of cold water and splashed it into her face. He thought she was knocked out from drugs or something, but she spilled a different story. Turns out she’d just worked a sixteen hour shift at Tony’s Deli down the street from Splints’ apartment. He says the food is terrible there and I should never bother. He asks her about the rings and she rolls her eyes. “Benny!” she shouted. The blue hammocks under her eyes from lack of sleep turned purple as the blood rushed to her head. Benny, her son. came walking slowly as possible down the stairs. Upstairs all they had was an extra bathroom, and his room — a dark cave covered in stolen goods and burger wrappers.

“Do you know anything about your grandparents rings?”

“That’s not going to cut it, kid,” responded Splints who was helping himself to a cup of coffee. He took a sip and spit out. “I take it this is last week’s batch?”

“Perfect. So, you going to tell me what you did with the rings or what, kid?”

“I sold them already. They’re gone.”

“You’re not a good liar, kid. They’re in your right hand pocket. I can see you patting them to make sure they didn’t fall through a hole or something. Hand them over and I’ll be on my way.”

“Why would I do that? You robbing us now?”

“I’m going to return those rings to their proper owners for less than they’re worth. I’m one of the good guys, or maybe just one of the stupid ones. I’m honest, that’s all I really have going for me right now. So what do you say? Make my life an easy one today?”

The kid ran up the stairs and ended up crawling out of his window and escaping onto a tree outside. He climbed down and was running across the lawn by the time Splints was looking out the window.

“They never pick the easy way, do they? Not once have they ever picked the easy way,” he mumbled as he headed back down the stairs.

“He climb down the tree?”

“Yeah, he climbed down the tree. Should really get that thing chopped down,” he responded.

“You have the money to pay someone to do it?”

“Call my secretary, he’ll set the date. I’ll consider it a case, I’ll have to charge double of course for the extra labor.”

“Of course you will.”

“Well, I got a kid to catch. Try making some real coffee, might help with those lumps under your eyes.”

Splints got in his car and drove to the closest pawn shop. He waited outside for a few minutes and sure enough the kid came running over. The kid stopped in the middle of the street to catch his breath and caused a car to swerve off the road and into a hotdog stand. Splints thought it funny.  Before the kid could enter the pawn shop Splints got out of his car and stopped him.

“You’d be better off getting a job if you want to make a living.”

“I do well enough without one.”

“I bet you do. Punks like you keep me in business, so I appreciate the lack of enthusiasm. I’m going to need you to hand over those rings now though.”

There are a few things you shouldn’t call Splints, at least to his face. High on this list of things is referring to him as an old man. Splints really hates that.

“You had your chance, kid, don’t forget that.”

Splints pulled out from his coat pocket a small Swiss army knife and started to fumble through it looking for a certain piece to pull out.

“What are you going to do with a corkscrew, Old man? No wine bottles for you here.”

“Not in the mood for wine. Was thinking I’d use this to cram into your ear and pull out that worthless brain of yours. Stealing from your own grandparents? That’s a low you’re way too young to be scraping. When you’re thirty and find yourself in debt to the wrong people, then okay, maybe I could understand. But your mother is busting her ass to give you a place to stay and food to eat. Last thing she needs it spending any of that money on bail to bust you out of jail for something stupid like stealing. Hand it over, and I’ll give some of the reward money to your mother, make sure it gets spent towards making your lives a little better.”

His interrogation tactics have never been rivaled. At least that’s what they say about him at the station. Splints might have been unceremoniously kicked from the police force years ago, but he’s still respected by every badge there, except for maybe some of the newer guys that don’t know the whole story. I like working with him though. I have a lot to learn from the greatest detective to ever walk the streets of Brooksend.

Jimmy Smalls is a character I created over a year ago, currently sitting in an unpublished short story that explains the first meeting between him and Charles Splints. This takes place a while after that story, but thought i’d share it anyway – even though I intend on releasing the short story soon enough, perhaps a couple more cases like this before that?