You can find the original post for this story on tumblr 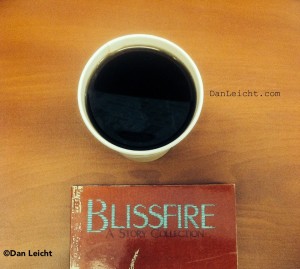 A Short Story By: Dan Leicht

He rested his mug on the table and rubbed the scruff on his chin. He’d been writing an essay for three hours straight and decided it was time he take a break. From the table to the refrigerator was about ten feet in his apartment, but something happened that made the journey for a sparkling water considerably more difficult.

He opened the door to find the phone lying on the brown carpet. Its screen cracked, but still flickering. Greg looked down to see a message from Stephanie.
“Wait, maybe we should go somewhere else. Where do you want to eat?”
Greg rolled his eyes and stepped over the phone, making his way for the refrigerator. He opened it up to find his side of the fridge empty.
“Jake! Did you take my last sparkling water?!”

Find more stories by the author