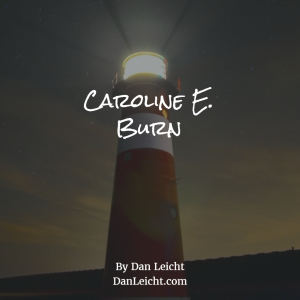 Caroline would often visit the place where she had her first kiss. She was seventeen and it was by the lighthouse near the lake. The lighthouse was old, the door always locked. It hadn’t been used in years, but the scenery surrounding it was beautiful. Each year someone would visit the lighthouse and plant flowers all around it, white daises, red roses, and bright pink carnations. Caroline visited most often in early May when she knew the flowers would first start appearing. She wanted to thank whoever it was that planted them each year.

Ms. Filton, while not teaching piano lessons, would visit the lighthouse to reminisce and plant an array of flowers. She remembered the days when the lighthouse would light up the sky as it swung from side to side. Her father would take her there and they’d watch as the lighthouse warned weary sea travelers. In those days the keeper of the lighthouse would plant flowers every season in hopes of getting more visitor’s to keep him company. Elizabeth Filton was his favorite guest. She, along with her father, would often share stories with the keeper over cookies and milk.

Vern Foster watched over the lighthouse for twenty years. He planted flowers each year as a way to remember his late wife. He only ever planted her favorites and enjoyed the visitors he’d receive to look upon his work. Every week a young girl and her father would visit and knock upon his door. Vern made sure to always have snacks available just for their visits. The young girl would tell Vern all about her day in school and he’d sit listening with peeked interest. He never had children of his own, but was delighted by children all the same. Elizabeth would tell wild stories about her day which Vern knew could never be true. He’d always respond to her with astonishment when she’d talk about the dragon she road to school since she hated the bus. The kids picked on her because of her wild imagination and stories, but not Vern; he loved listening to them and would laugh along with Elizabeth’s father. He could tell her father enjoyed the stories just as much as he did.

One year in early May Caroline visited the lighthouse to find a woman planting more flowers. She approached the woman and asked if she was the one planting all these beautiful flowers year after year. The woman smiled and motioned for Caroline to crouch down beside her. She handed Caroline a small plastic pot containing a green sprout. Caroline nodded and dug up some of the wet soil with her hand. She then placed the flower and pushed back in some of the soil to fill in around it. The woman smiled and handed Caroline another small spot. Together the two made the lighthouse look even more memorable.