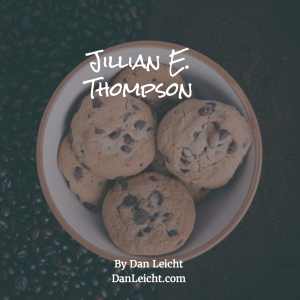 Jillian Thompson took her first steps at the age of two and her last at the age of seventy-six. Her father worked as a baker until retiring in his seventies. Her mother was a stay at home mom and helped to raise her and her brother Bradley while her father often worked double shifts. It was on her twentieth birthday that she finally had enough money to afford her own car, a red convertible she’d bought from the neighbor across the street. It was a “classic” from the eighties and lasted her a good five years before she had to trade it in for a mini-van when her son reached three. She’d met a boy while attending college and within a year they were married.

Jillian never expected to fall in love, always thinking it was something made up from the movies. Something about Jacob caught her interest though. She was into math more than any other subject, he couldn’t even stand to look at numbers for more than a few seconds. He was an english major, the complete other end of the spectrum. They got married in a church and had the reception at the restaurant Jacob used to work when he was a teenager.

Their son Jeremy grew up to become an engineer, following after his mom more so than his dad. Jacob would often times try and push his favorite authors onto his son, but none of them ever really stuck. As the years passed Jeremy ended up moving across the country to Nevada. They stayed in Brooksend and would visit him every summer as a getaway. When Jacob passed away Jillian never traveled again, and with Jeremy’s tight schedule he’d rarely get the chance to visit. Jillian ended up living in the Glensdale Nursing Home. She heard stories about some of the other residents, but for the most part kept to herself and watched whatever rubbish was on T.V. Janis would often times come by and sit with her to vent about her day. Jillian enjoyed the company so she’d always be willing to listen.

It was on a chilly autumn day when Jillian asked Janis to take her out for a bit and see the sites. Janis knew she always liked to take trips on her birthday. She had Janis take the twenty minute drive to Brooksend so she could visit some of the old places she used to go. She had her stop at a certain bakery so she could try one of the chocolate chip cookies. After taking her first bite she smiled brightly.

“Thank you for keeping the recipe the same,” she said as she nodded at the cashier.